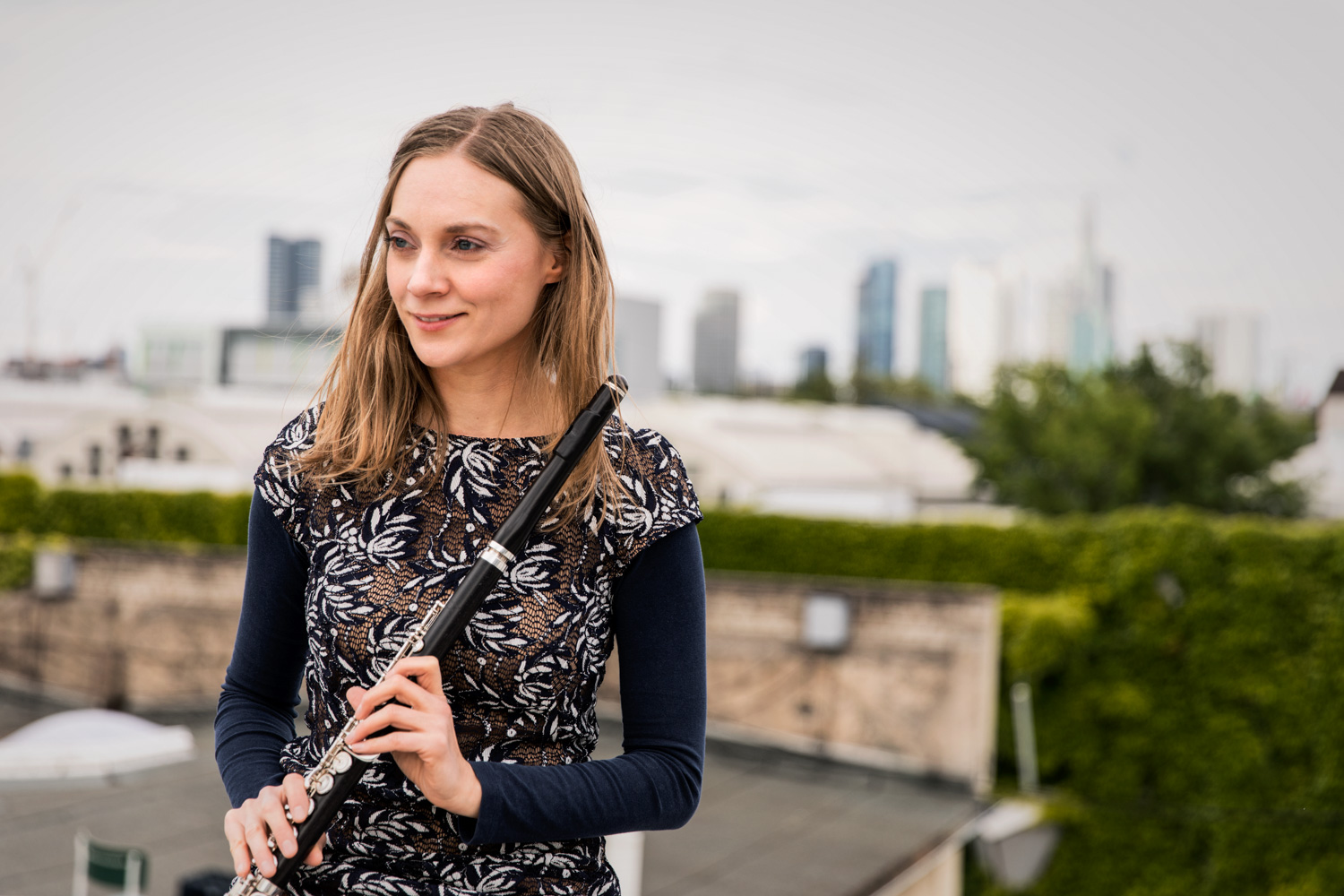 Johanna-Leonore Dahlhoff lives as a freelance musician and social entrepreneur in Frankfurt am Main. One of her special concerns is to combine her artistic work with social responsibility.
Since 2016, she has been the artistic director of the intercultural music initiative Bridges – Musik verbindet. The initiative brings together musicians with and without a refugee and migration background, as well as musical styles from all over the world, and has achieved nationwide recognition and exemplary status.

In addition to her leadership position at Bridges – Musik verbindet, Johanna-Leonore Dahlhoff works as a freelance flutist, composer and arranger. Her work focuses on cross-genre music projects, improvisation, composition and orchestral arrangements as well as baby and children’s concerts.
Johanna-Leonore Dahlhoff was born in Hanover in 1982 as the daughter of a musical couple and studied with Prof. Hans-Udo Heinzmann (Hamburg) and Prof. Andrea Lieberknecht (Hanover). She also studied music therapy at the Universität der Künstle Berlin and at the Freie Musikzentrum München.

She is 1st prize winner of the national competition “Jugend musiziert” as well as of the Elise-Meyer-Competition Hamburg and was a scholarship holder of the Studienstiftung des Deutschen Volkes and the DAAD. Concert tours have taken her to most EU countries as well as to Argentina, Brazil, Japan, Madagascar, Mauritius, Russia, Switzerland, South Africa, USA and Uzbekistan. She has participated as a flutist in the European Union Youth Orchestra (EUYO), the Schleswig-Holstein Music Festival Orchestra, the Pacific Music Festival Orchestra Sapporo (Japan), the Festival Classik`Art (Madagascar) and the KlangVerwaltung (Munich), among others, and has been principal flutist of the Academy Orchestra of the German National Academic Foundation since 2012. In addition, she regularly creates concerts for children has worked as a lecturer for aspiring music teachers as well as advanced amateurs and children from socially disadvantaged backgrounds in Mauritius, Madagascar and Argentina.