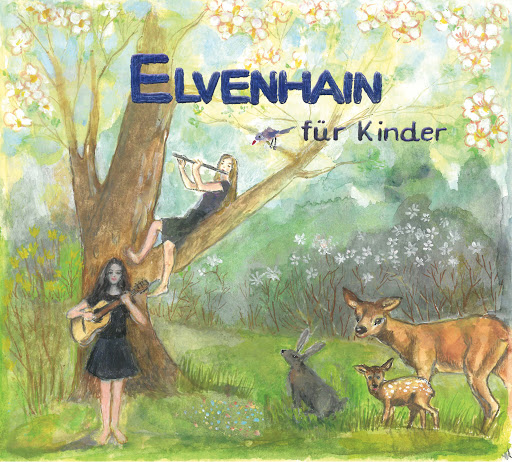 ELVENHAIN for children:
With wooden transverse flute, guitar and vocals, Johanna-Leonore Dahlhoff (fl/voc) and Katharina Filine Grossardt (g/voc) aka Elvenhain play well-known and lesser-known pieces from Renaissance, Baroque, Classical, Folklore as well as children’s songs – often combined with pictures and stories. Instead of chairs and sitting still, there are comfortable blankets and movement to the music, as they actively invite the audience to sing, play, dance along and be in a good mood. Unusual instruments and sounds provide additional moments of surprise.
Included are pieces about the four seasons, good-night songs, classical pieces, folk songs, different languages and many different instruments. And: a CD booklet with great seasonal illustrations by Olga Petrova stimulates the linking of hearing, seeing and imagination.
Order: info@elvenhain.de (15 € plus 3 € shipping and handling)
More info: www.elvenhain.de 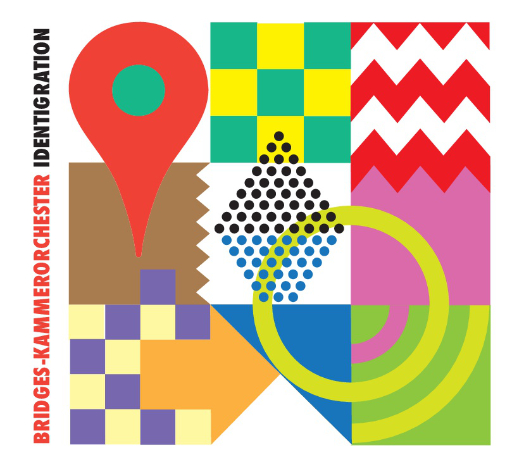 The first CD of the Bridges Chamber Orchestra will be released in February 2021. The album “Identigration” was recorded in August 2020 in co-production with hr2-kultur and presents transcultural original compositions and arrangements in the spirit of a heterogeneous society.

The Bridges Chamber Orchestra, founded in 2019, has recorded nine works in its unique line-up with instruments from the Orient, Occident, Far East and Latin America. All titles were arranged or composed by members of the orchestra tailor-made for the unique transcultural orchestration. Thus, the Bridges Chamber Orchestra presents its interpretation of a contemporary musical collaboration.

Johanna-Leonore Dahlhoff, artistic director and flutist of Bridges – Music Connects, explains: “Since the beginning, mutual learning from each other and joint experimentation have been the foundations of how music tracks are created at Bridges. Together we develop ideas for musical pieces that make multiple identities audible and show how the diversity of different cultures can grow together without the individual having to give up his or her identity.” In this way, the Bridges Chamber Orchestra enriches the often Eurocentric orchestral scene by making the geographical and musical-cultural diversity that has been lived in Germany for generations audible in its concert programs and now also on CD.

The album “Identigration” was recorded by 28 freelance Bridges musicians from 14 countries with the conductors Harish Shankar, Nabil Shehata and Gregor A. Mayrhofer.